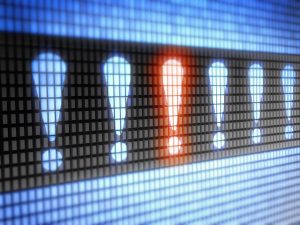 The Minnesota Department of Health and St. Louis County Public Health are collaboratively investigating an HIV outbreak for the Duluth area, which includes the 30-mile radius around the city of

Duluth. Between September 2019 and February 2021, 13 cases have been associated with this outbreak, more than twice the yearly average for the county. There is also a rise in the number of syphilis cases being reported in the Duluth Area. Preliminary data, as of March 2021, indicates a significant rise in the number of early syphilis cases in the Duluth area over the past year.

Every year, there are 20 million new STD cases in the U.S., but the pandemic has hindered access to comprehensive screening and treatment services. According to a survey from the National Coalition of STD Directors (NCSD), in June 2020, 78% of the STD/HIV health workforce had been redeployed to COVID-19 emergency response. By November, the second report from NCSD revealed 37% of STD program staff were still deployed to COVID-19. WI Department of Health Services indicated that from March–July 2020, HIV testing at some community-based organizations and HCV testing at syringe service programs significantly decreased. Changes in injection practices, social conditions, or access to services for PWID may cause the “tipping point” of outbreaks to vary.

It is recommended that health care providers test people who are at risk of HIV annually, and test those at high-risk due to behaviors or local outbreaks more frequently. Providers are also asked to treat STDs right away using the CDC’s updated STD treatment guidelines and the Syphilis Pocket Guide for Providers. 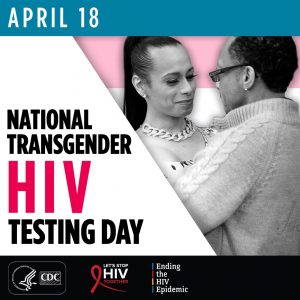 April 18, is National Transgender HIV Testing Day (NTHTD). Only one day after STD Awareness Week, NTHTD focuses on sharing information to raise awareness and promote patient-centered care for transgender individuals. Transgender people are at high risk for getting HIV, and transgender women are disproportionately affected by HIV. Stigma, inadequate housing, and limited access to supportive health care makes it harder for many transgender people to access important HIV services. By addressing these barriers, and expanding culturally-appropriate, focused HIV testing efforts, we can work towards eliminating HIV’s impact on transgender communities and help end the HIV epidemic. #EHE #NTHTD 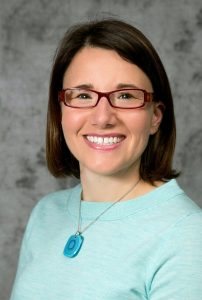 Anna Svircev (she/her), DO, MPH is a family medicine physician at the Platteville Clinic at Southwest Health and is the medical director of Student Health Services at University of Wisconsin-Platteville. In her clinical roles, she is focused on improving the physical and emotional health of members of her rural community. Dr. Svircev has particular interest in adolescent medicine, women’s health, contraception management, STD testing and prevention, and healthcare for the transgender and gender non-conforming community. She provides a safe and comfortable environment to discuss inclusive, gender-affirming care. Dr. Svircev is one of few providers in southwest Wisconsin prescribing gender-affirming medications and PrEP. She has also taken a lead in educating other providers in the area on transgender and gender non-conforming healthcare in hopes that more physicians and advanced care practitioners will provide these services. Dr. Svircev has also taken it upon herself to educate the community’s providers on appropriate guidelines for STD testing for the LGBTQ+ population. 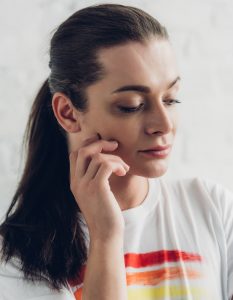 Across the state, there are primary care and HIV social workers, case managers, and community health workers and nurses who are not up-to-date on training or lack the confidence, tools and resources to both assess and respond to suicide and self-injury risk. It is important that care providers apply inclusive and affirming strategies, as simple behaviors, such as using someone’s chosen name, can greatly reduce the risk of depression and suicide amongst transgender people. We encourage gender-affirming health care providers to join the WI Transgender Health Directory. It is also critical that care providers have the tools and resources necessary to respond to suicide and self-injury risk. In an effort to better prepare providers, MATEC-WI will be hosting a two-part webinar series on the etiology of suicide, prevention, and evidence-based interventions on May 12 and May 19. 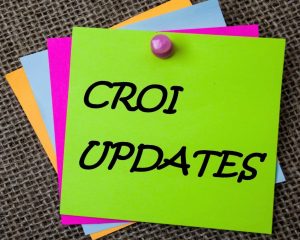 The Conference on Retroviruses and Opportunistic Infections (CROI 2021), one of the most important HIV conferences of the year, took place in early March. A key theme was the development of injectable medications for use as HIV treatment or PrEP. CROI 2021 also presented the latest research on aging and additional health concerns for PWH, like the impact of COVID-19 on PWH.

PrEP:
The next decade of HIV treatment and prevention will be an era of long-acting (LA) medications. Though some healthcare providers have concerns about operational challenges, there is great enthusiasm from patients for LA agents. Used as prevention, injectable cabotegravir (CAB LA) is dosed every 8 weeks; used as treatment, injectable cabotegravir/rilpivirine (CAB+RPV LA) has been tested with both dosing every 4 weeks (approved by both the FDA and European regulators) and every 8 weeks (approved by European regulators only). New data showed that the two treatment regimens are equally effective, although the 8-week regimen is less likely to be forgiving of late doses.

However, LA CAB and RPV are not the only injectable medications that are being developed. Lenacapavir (LEN) is an experimental, injectable, HIV capsid inhibitor that interferes with multiple stages of the HIV lifecycle and leads to rapid viral load reduction in highly treatment-experienced people with multidrug-resistant (MDR) virus. Data from a study in which LEN, along with oral medications, was provided to highly treatment-experienced people with MDR virus had impressive results. Because it works differently than existing drugs, LEN remains active against virus that has developed resistance to other ARV classes. Moreover, LEN’s long half-life in the body suggests it has the potential to be a component of LA, semiannual, ARV regimens, or to be used alone as LA PrEP. Future trials may pair a semiannual injection of LEN, with islatravir (ISL), a 12-month implant. ISL is FDA approved as the first nucleoside reverse transcriptase translocation inhibitor. It has more than 10-fold greater potency compared to other approved ARVs, is active against HIV with drug-resistant mutations, and has a long half-life.

Aging:
As the number of Americans with HIV who are over 65 years is projected to grow rapidly over the next decade, this will result in large numbers of patients who have multiple comorbidities in addition to HIV. A modeling study showed that by 2030, 25% of people taking HIV treatment will be over 65, and a third are expected to have at least two physical comorbidities. This is complicated as one of the most commonly used ARV medications, tenofovir disoproxil fumarate (TDF) is associated with small losses of bone mineral density in some people, usually during the first year of taking the drug. A safer alternative is tenofovir alafenamide (TAF), which doesn’t have the same disadvantages for bones and kidneys. However, three large studies showed that TAF is associated with weight gain for people who are already treatment-experienced when they start taking the drug. Each study asked different questions and was designed differently, yet each came to the same conclusion. How TAF might lead to weight gain, and why there might be an interaction with integrase inhibitors – especially dolutegravir – needs further investigation.

COVID-19 and HIV:
Researchers continue to explore the impact of COVID-19 on PWH. While several studies have found that PWH have worse outcomes than other people, UK research presented found that this was attributable to underlying health conditions like heart disease and kidney disease, and greater physical frailty in PWH. However, a US study found a low CD4 count and underlying health conditions to be the key risk factors for hospitalization in PWH. Differences in methodology may explain the differing conclusions.

Finding a Reason to Live: The Etiology of Suicide, Prevention and Evidence-Based Interventions
May 12 and 19, 2021
9:00 AM – 12:00 (noon) PM CST
CEUs will be offered for participants who complete both sessions.

Register for the COVID-19 Grand Rounds
Hosted by AIDS Foundation of Chicago, Humana and MATEC-IL

Register for The Circles of Sexuality

Buprenorphine X-Waiver Training Webinars
Multiple Dates and Times
When paired with ASAM’s 4-hour on-demand course, this will provide necessary education for participants to qualify for their buprenorphine x-waiver.

Available Jobs in the Community