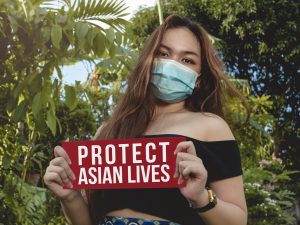 Recent events have highlighted the severe rise in anti-Asian violence in the U.S. related to harmful rhetoric on COVID-19. These events come at a time when Asian American and Pacific Islander (AAPI) communities are already facing a rise in mental health issues and enduring compounding effects from a variety of sources of stigma that ultimately affect their well-being. Stigma around one’s sexuality, around being AAPI and HIV positive, and around discussing one’s mental health are just some of the additional challenges those in AAPI communities are facing whilst enduring a global pandemic and increased instances of anti-Asian violence and hate.

Roughly 2 percent of new HIV cases were among AAPI people. Because of these relatively low numbers, AAPI individuals are often overlooked within HIV care, lending to a sense of invisibility in both being diagnosed with HIV and when engaging with other people with HIV (PWH). “We don’t see ourselves in HIV treatment or PrEP ads … or anywhere,” says Suki Terada Ports, one of Apicha Community Health Center’s founders. This invisibility also turns into skepticism from other PWH who question the presence of AAPI people in HIV/AIDS groups. AAPI “invisibility” in regard to HIV extends into the healthcare field as well. Only 17% of AAPI women have ever been tested for HIV – the lowest of all groups – despite certain factors like age, immigration status, exposure to conflict, and sexual orientation and gender identity leaving some AAPI people at particular risk of HIV. Even if AAPI HIV rates are small, they still need to be paid attention to, included, and mentioned.

As suicide rates reach a 30-year high, serious mental illness amongst AAPI young adults has almost doubled within the last 10 years. Meanwhile, language barriers, some cultural taboos around discussing one’s mental health, and a tendency to reach out to support networks instead of professionals are just some of the reasons Asian Americans are 3 times less likely to seek professional help for mental health issues. Moreover, people with HIV have a higher chance of mood, anxiety and cognitive disorders. Mental health issues can contribute to a variety of psycho-social factors such as loss of employment, trouble managing medications, and increased high risk behaviors which can create further barriers to HIV prevention and care. These hindrances to seeking care only compound the effects of the many layers of stigma and racial violence so many AAPIs experiences. It is important, that as we recognize the struggles of our Black and Brown communities, that we also not forget about other communities of color like AAPIs, who similarly continue to struggle against various forms of racism and discrimination and violence. 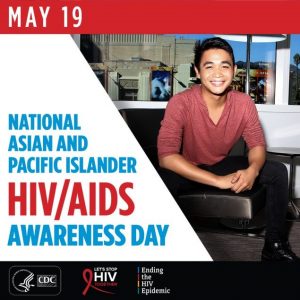 May 19 is National Asian and Pacific Islander HIV/AIDS Awareness Day, a day devoted to eliminating HIV stigma in API communities. We can help address stigma and discrimination by being intentional and thoughtful in how we talk about people, health, and experiences. Learn how you can do your part.  #EHE #NAPIHAAD 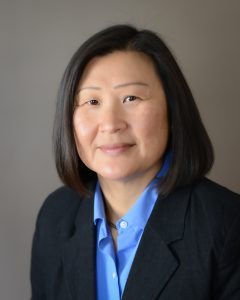 Joy Wedel (she/her), MS, is an Outreach Case Manager at Vivent Health in Milwaukee, WI. Wedel’s work focuses on community outreach services to re-engage and retain patients in care who have been lost to follow-up. She is drawn to this work to reduce social determinant barriers to care, to reduce discrimination and stigma, and to improve quality of life for people with HIV/AIDS to thrive in their communities. Wedel challenges her colleagues to be stewards of justice so as to improve access and outcomes for all LGBTQ+, Black, Indigenous, Latinx and Asian American/Pacific Islander (AAPI) people, who have faced incredible challenges. Wedel recognizes that for too long, people in the AAPI community have endured racism and discrimination in “reserved” silence to avoid adding yet another label to separate them from the majority culture. It is time to bring forth these AAPI experiences so that their voices are heard and can bring awareness and justice for those who have suffered in silence. Change is possible, as is working toward solidarity for all races to promote livelihood and access to services so we can be the light.

Often, high levels of stigma around HIV/AIDS leave many people with HIV (PWH) undiagnosed and untreated. To end HIV/AIDS-related stigma in Asian and Pacific Islander (API) communities, the San Francisco Community Health Center (SFCHC), started The Banyan Project. The SCHC seeks to provide the highest quality health care to everyone, particularly LGBTQ+ and people of color.

It is equally important to mention the many organizations that work to provide HIV information and services for APIs:

In the report, 4 in 10 transgender women, surveyed from 7 major U.S. cities, have HIV. Sixty-two percent of Black transwomen and 35% of Hispanic/Latina transwomen have HIV compared to 17% of White transwomen. Moreover, 42% of respondents stated they had been homeless sometime within the past year, and 66% lived at or below the poverty line. Furthermore, the report found only 32% of respondents were reportedly using PrEP.

The CDC Director of the Division of HIV/AIDS stated “reducing HIV in these communities will require … providers of prevention services to design innovative and comprehensive status-neutral solutions to overcome barriers to whole person prevention and care.” Concerns around medical mistreatment due to experiences of transphobia, a lack of trans-inclusive marketing, and concerns about drug interactions between hormones and PrEP should also be addressed, as previous studies found these were some factors impairing HIV prevention efforts.

Available Jobs in the Community