Congrats to Dr. Peter Haven on His Retirement!

After working to provide HIV care in WI for over 20 years, Dr. Havens will be retiring from his role at the Medical College of Wisconsin. We encourage you to leave a note in MURAL to wish him well in his retirement!

On World AIDS Day we reflect upon our worldwide response to the HIV/AIDS epidemic. Many organizations host a variety of events to reflect on how far we’ve come and acknowledge how much there is to go. Learn more about WAD events happening across WI.

Events around WI include: 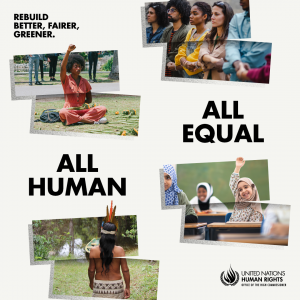 Syd Robinson (he/him/they/them) is the HIV prevention coordinator for the WI Department of Health Services, Communicable Diseases Harm Reduction Section. For World AIDS Day’s “My Voice, My Action” campaign, Robinson shared how the HIV epidemic had impacted family. During his childhood, Robinson’s older cousin, Paul, died of complications from HIV. Robinson recalled noticing how his family was abnormally quiet about how Paul had died; when his family members finally began talking about Paul’s life, it was the first time Robinson heard of HIV. It wasn’t until Robinson was older that he would understand how HIV stigma and limited access to health education had contributed to his family’s silence about Paul and how he had died.

Years later, Robinson – a transgender man, stage performer, and actor who has played transgender characters on TV – was looking for a way to contribute to the health and wellness of his communities. Robinson noticed the silence about HIV and the lack of information from his childhood continued within his communities as an adult, despite HIV’s disproportionate impact on transgender people. “I wasn’t hearing or seeing much about how Trans people could stay aware of our health and wellness. I would meet clients or friends who had never been asked by their provider about their knowledge of HIV, or what their options were for antiretroviral therapy (ART).”

Finding a lack of conversation and messaging about transgender health care, Robinson entered into the HIV care workforce assisting with capacity building. From there, he worked as a case manager for Howard Brown’s Sexual Harm Response Program, the first and only program of its kind in the United States. He recalled having “some of the most impactful conversations of [his] life” when meeting with clients who’d acquired HIV from sexual violence. After two years, he was promoted to Howard Brown’s Education Department as a trainer, offering cultural humility education to health care organizations and professionals to better understand and address LGBTQ+ health disparities, implement gender-affirming language policies, and best practices in LGBTQ+ health care operations. He gained even further knowledge about HIV and HIV prevention as a WI Health Leaders Fellow, and two years later, he accepted the role of HIV prevention coordinator for WI DHS.

Today, Robinson supports the HIV prevention team by working with community organizations to engage program participants and clients in difficult conversations, address fears and misinformation, and overcome silence and stigma about HIV. “It’s important to connect with clients and patients as community members, rather than as just health care professionals.” Robinson encourages his colleagues to take on this challenge with him, as “this kind of engagement can help care teams develop tailored messaging about PrEP and ART, create individualized prevention and care plans, and respond to HIV stigma and misinformation. When people feel seen and heard, and not simply tolerated as a set of issues to be managed, the overall health and wellbeing of that person can greatly improve. An improved quality of life goes a long way toward eradicating stigma and eventually finding a cure. And it’s important to me, in my own way, to be a part of that process.”

Other News and Resources

For Upcoming Programs, check out our events and Treaters Meetings, or go to the MATEC Training Calendar.