The History of Pride Month and Stigma Around HIV Testing

June is LGBTQ+ Pride Month, a month to honor the Stonewall Uprising and efforts towards LGBTQ+ equality. June also contains National HIV Testing Day, a time where we encourage people to get tested and know their HIV status. However, stigma and discrimination surround both of these efforts, stigma around knowing one’s HIV status and being HIV positive, and stigma around being LGBTQ+. When these elements combine, stigma can keep people quiet for years and even pose a barrier to care.

June is LGBTQ+ Pride Month, the origins of which began with the Stonewall Uprising of June 1969 in New York City. Over the last 50+ years, the month has evolved into a global celebration, complete with rainbow-hued corporate sponsorships. Meanwhile, the reason for Pride is rooted in an uprising against state violence that served as “a tipping point for the Gay Liberation Movement in the United States.”

Given that the violent roots of Pride can be forgotten – or simply not known – it is important to bring visibility to Sylvia Rivera and Marsha P. Johnson, transgender people of color who are considered the leaders of the Stonewall Uprising. Johnson was an African American transgender woman and Rivera was a Latina-American drag queen and gay transgender activist. They later co-founded the Street Transvestite (now Transgender) Action Revolutionaries (STAR), a New York City group dedicated to helping homeless transgender youth.

Re-centering Pride’s focus on Black, Indigenous, People of Color (BIPOC) LGBTQ+ communities is both relevant to its history and to today, given the disproportionate impact of the HIV epidemic on these groups. With the recent reveal by Black gay actor Billy Porter on his HIV status, we are reminded of the stigma and shame BIPOC LGBTQ+ people continue to face around their HIV status, and which may prevent them from seeking care. Our work continues in Pride Month — and every month — to address and reduce these disparities in order to end the epidemic. 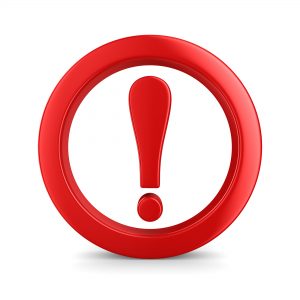 MATEC’s HIV Clinician Scholars Program is an intensive, year-long training program that seeks to strengthen the HIV workforce in the Midwestern United States by focusing on HIV treatment, care and prevention. Current and graduating Clinician Scholars have a lasting impact on HIV care in Wisconsin, gaining the knowledge and skills necessary to provide quality, patient-centered HIV care; see testimony in our January newsletter. Contact Amanda Wilkins at 608.261.1152 or awilkins@medicine.wisc.edu if you’re interested in learning more and applying for the cohort that begins in September. 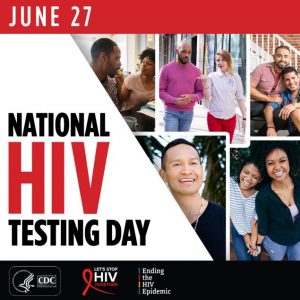 June 27 is National HIV Testing Day. Share with your patients and your loved ones what knowing your HIV status means to you. Your words can empower others to get tested for HIV and know their status, and their prevention and treatment options. Talk to people about self-testing options, the customized HIV Risk Reduction Tool, and for people with HIV, about becoming undetectable. #HIVTestingDay #EHE

Andy Petroll (he/him), MD, MS, is an infectious disease doctor and associate professor at Medical College of Wisconsin, who is also the medical director of the Froedtert & Medical College of Wisconsin Inclusion Health Clinic in Milwaukee. He believes that every patient should be able to find a health care provider with whom they feel comfortable and where they can get outstanding care. Dr. Petroll championed the opening of the Inclusion Health Clinic in 2018 because he perceived a longstanding need in Wisconsin for a clinic that provides outstanding medical care in an environment that affirms care for LGBTQ+ patients. He believes that it is important for care to be comprehensive, such that a patient could receive general primary and preventive care, gender-affirming hormone therapy, as well as HIV treatment or prevention from one provider or in the same clinical setting. In addition, he wanted to assemble specialty providers with significant experience and high level of interest in providing care to LGBTQ+ patients. While educational efforts in health professions schools around the country are increasing their content related to LGBTQ+ health, few providers leave training feeling competent with LGBTQ+ health care. Dr. Petroll encourages all providers to take advantage of training offered by MATEC and other online resources, such as the National LGBT Health Education Center, to advance their own levels of knowledge and comfort in caring for LGBTQ+ patients generally, and especially transgender and other gender-diverse patients. 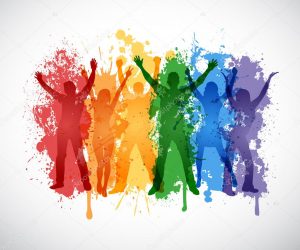 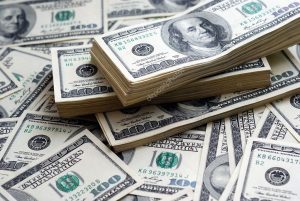 On May 28, 2021, the White House published President Biden’s Budget of the United States Government for Fiscal Year 2022, which includes a request for $670 million for continued implementation of the Ending the HIV Epidemic in the U.S. Initiative. The funds are “to help accelerate and strengthen efforts to end the HIV/AIDS epidemic in the United States, the Budget includes $670 million within HHS to help aggressively reduce new HIV cases while increasing access to treatment, expanding the use of pre-exposure prophylaxis, also known as PrEP, and ensuring equitable access to services and supports.” Read more about the details of Biden’s EHE FY22 budget request. 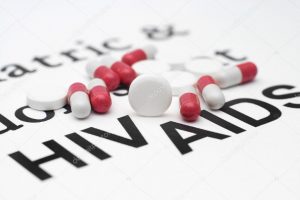 On June 5, the National Institutes of Health (NIH) Office of AIDS Research (OAR) commemorated the 40th anniversary of the landmark CDC Morbidity and Mortality Weekly Report (MMWR) that first recognized the syndrome of diseases later renamed as acquired immunodeficiency syndrome (AIDS). Forty years ago, the MMWR reported five cases of pneumonia in California, prompting a global effort that led to the identification of HIV and AIDS. Over these past 40 years, much progress has helped turn a once-fatal disease into the manageable chronic illness that it is today. Read more about the NIH’s 40th anniversary commemoration of the first MMWR related to AIDS.

Hosted by MATEC-IL and Chicago Department of Public Health

Register for Sexual Assaults and Needle Sticks: HIV PEP and What Happens After